Air conditioners have become integral to each and every home. During the summer months the temperatures at times could touch 30 degree Centigrade. In such situations it is important to have the right kind of air conditioner which performs well in such difficult conditions. At the same time it is also vital that the air conditioners do not burn a big hole in your pocket as far as electricity and power bills are concerned. Therefore there is a growing demand for star rated air conditioners, refrigerators and other consumer appliances. These devices help a lot in conserving and saving electricity without impacting the performance of the appliances in any manner. There are different types of ratings given to air conditioners depending on their fuel efficiency and 5 ticks are considered to be the ultimate in terms of fuel efficiency, performance, ease of use and other such factors.

It has the best of BTU or British Thermal Units. This is nothing but an internationally accepted method of measuring cooling capacity. Choosing the right air conditioner with the right BTU will help in providing the right cooling without putting strain on the compressor. When you choose air conditioner with the best energy star ratings you can be sure about the best quality BTU.
Noise levels are important. While there could be energy efficient air conditioners, they could be very noisy. Hence it is important to choose between window AC units and split AC units. The split units always are better because the compressor is located outside and hence the noise levels are quite lower.

Going in for inverter AC unit would be advisable because of some obvious advantages. Though non inverter AC units are more affordable they operate at only one speed. They are also easier to install. However, if you are looking for air conditioners with energy savings then you would be found wanting. Hence going in for inverter AC units would always be advisable. They can help a lot in saving on electricity bills and the savings can be as high 30 to 50% over an annualized period. The higher initial purchase cost will be offset by savings in power bills in one year.

There is often confusion between 4 split systems ACs and 3 plus 1 multi split systems. If one looks at it from all angles it would always be advisable to go in for 3+1 single split system with multi split facilities. This is because it will have a much better cooling capacity and will cool faster when compared to a 4 Split system. This is because often these 4 units share two compressors. Reputed companies like Mitsubishi offer both the variants and the customers are free to choose the one which he or she feels appropriate.

It is also important to know something more about R22 and also about R410A. These are terminologies used for refrigerants. These are cooling liquids which are being used for air conditioners specifically for residential areas. However, since 2010, R22 has been discontinued. From 2020 only R410 A will be used mainly because of the harmful impact of R22 on the ozone layer. This feature is found in 5 tick air conditioners

Another big reason as to why star rated air conditioners are recommended is because of their advanced control features. They usually come with programmable timers. This help a lot in turning on the air conditioners before you get home. This also helps save in wastage of electricity. It also allows you to set temperature at different levels to suit specific needs and requirements.
They also come with easy to clean features. The filter has a slide-out option which makes it easy to open the filters and clean it on a regular basis. This not only increases the efficiency of the air conditioners but also reduces the power consumption. The overall purity levels in the rooms also get enhanced because of this feature.

Air conditioners which have the best of power saving ratings also often come with other features such as quality air purification systems. For example some air conditioners have Catechin which is a compound available in green tea. It can help a lot in purifying the air and removing microorganisms and bacteria which could cause diseases and medical conditions. Since it helps in controlling microorganisms it also helps to provide a deodorizing impact to the entire home.

Further when you buy the best of air conditioners accompanied with 5 star ratings, you can be certain that they will adjust the room temperature according to the size of the room. This will help a lot in spreading temperature evenly and will avoid loss of cooling capacity and efficiency to the maximum extent possible.

Finally when you buy the best of air conditioning brands from big names, you can be sure about the warranty and replacement terms and conditions. They are very upfront and transparent about these conditions. They offer warranty for five years for the compressor. However, as a rule of the thumb it always would be better to go in for air conditioners every eight to ten years. This will always be a more cost effective proposition than repairing old air conditioners which may have outlived their performance.

There are many such brands available in the market having the best of 5 ticks and other amazing features. Researching and looking around can certainly help you in more ways than one. 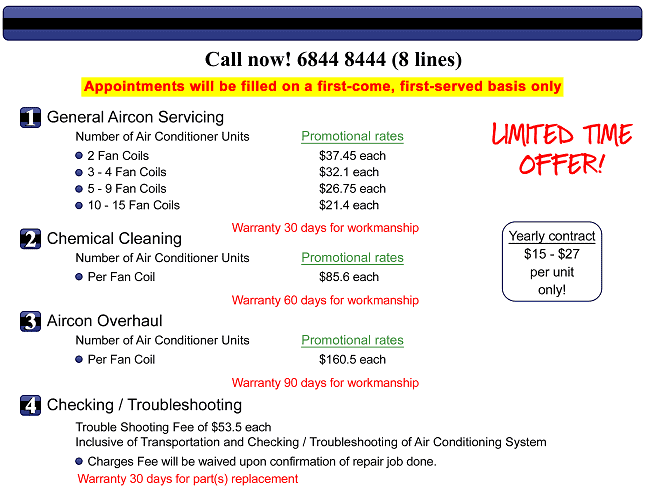